When Will & Sasha were first diagnosed with Primary Immunodeficiency Disease (PIDD), it felt like our whole world was crashing down on us. We were alone, overwhelmed by all the information on the internet, and angry that both children would have to walk the same path. It was almost suffocating at times. Some of our family (who didn’t have to deal with this on a daily basis) and a lot of our friends just didn’t get what we were going through. It was the hardest time of our lives and we felt so alone.  We spent a lot of time in and out of hospitals with both kids and the toll it took on us was incredible. 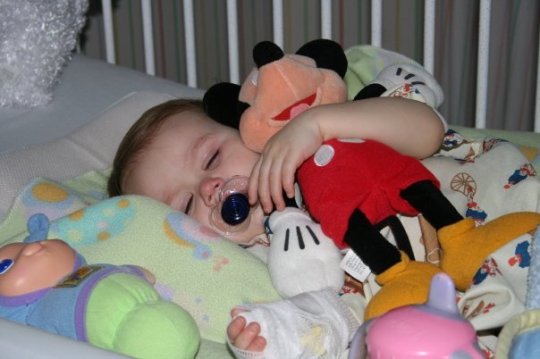 When it was determined that Sasha’s immune function was poor enough that she needed to begin infusions of Gammaglobulin, panic completely took over.  We began to research the 3 options given to us (1. IVIG, 2. SCIG, and 3. Do nothing).

Obviously, it became clear quite immediately that option 3. Do Nothing – was not only impractical, but it could carry grave consequences given what was going on with her.

Option 1. IVIG wasn’t practical for Sasha because she had poor venous access and I wasn’t really wild about having to go to the hospital once every few weeks and expose her to more germs in order to get her infusions.

It became apparent, after listing out the pros and cons that Option 2. SCIG was going to be our final decision.  This would mean that Sasha would have to have weekly subcutaneous infusions of blood product pooled from thousands of donors.  It broke our hearts to make this decision, but we knew that SOMETHING had to be done. 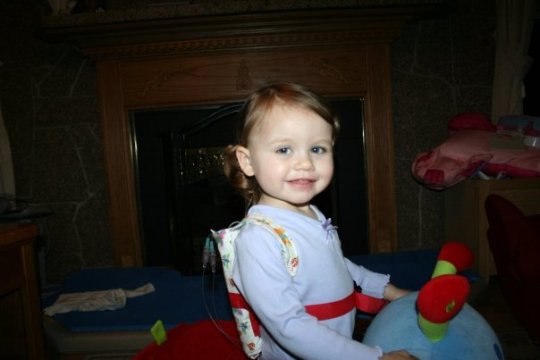 We were very lucky to have an amazing and compassionate immunologist

Will & Sasha's Immunologist, my immunologist and 2 other wonderful immunologists who volunteered their time for one of our patient education meetings.

As well as a national patient organization, the Immune Deficiency Foundation (IDF) to answer all of our (numerous) questions and guide us through this maze of uncertainty. 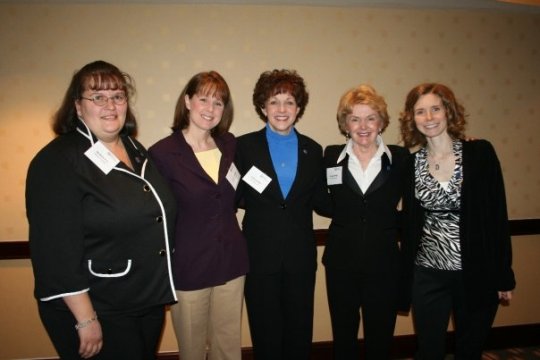 We were blessed to have my parents by our side to help us when we needed support most.  We were encouraged when some of our friends stepped up to the plate and stood by us, even though they didn’t really understand what was going on.  We were also VERY fortunate to have insurance that covered the exorbitant cost of the medication that we ultimately deemed, “Liquid Gold.” 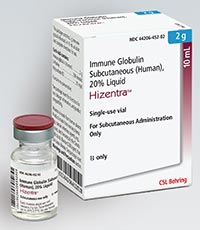 As we became more educated about the many uses for blood (see here), we realized that we needed to raise awareness in our community – not just about OUR need, but the need of others.  We had felt SO powerless to control what was going on with both children – and now, with Sasha needing infusions, that we decided it was time to DO SOMETHING.

I contacted the American Red Cross and also Children’s Hospital of Boston and set up my first community blood drive.  We had an amazing turnout and it felt incredible! Our community stepped up and shared our journey. 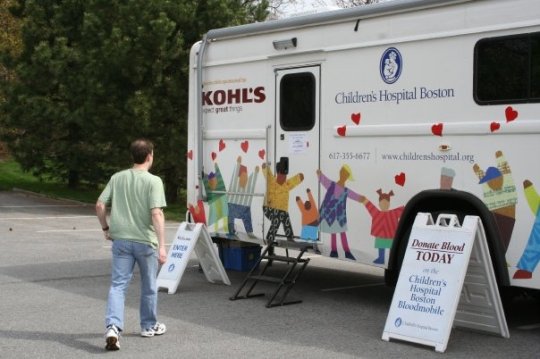 We decided to take it one step further and march in the local parade to raise awareness for PIDD and the existence of the IDF.  It was amazing to be able to be part of something positive despite the difficult undertones, and it was something I threw myself into completely. 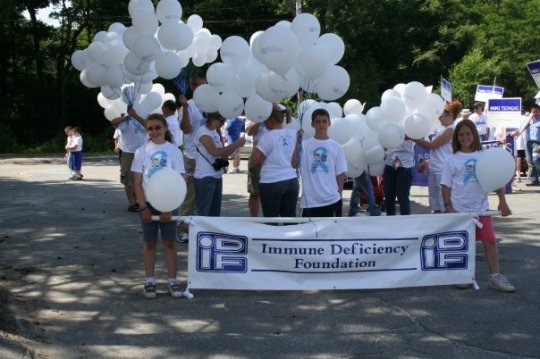 As time went on, it was determined that Will also was going to need to start infusions as well.  It rocked our worlds as it was something we didn’t expect, but we took the news head on and kept our focus on teaching the children that we could do great things no matter what our obstacles were.The blood drives continued, the fundraisers continued, our awareness efforts continued.  It was no longer about Sasha, Will, or even our journey – it was about SO much more. 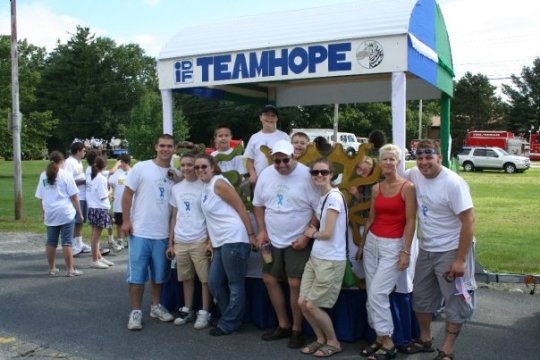 As time went on, the blood drives continued and our efforts grew from on local family to 3 local families (our family, the Fox family, and the Spinale family).  We worked together on patient education, community awareness, blood drives, and fundraising.  It was wonderful to get to know people who were going through the same thing you were and to be able to help each other through the difficult times. 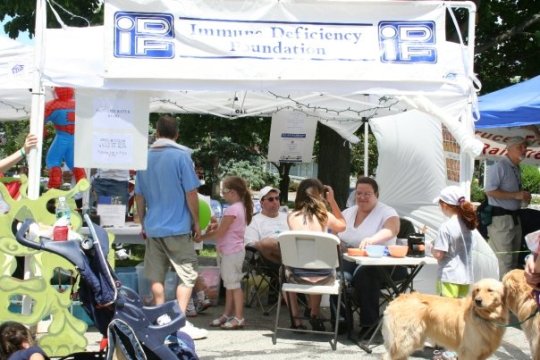 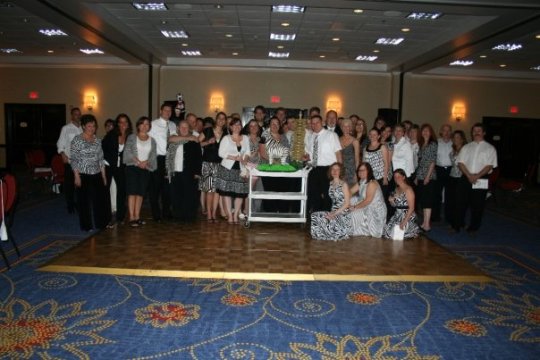 When the IDF contacted me and told me that they were working on legislation to enhance accessibility to IVIG for our patients and told me of how patients on Medicare were fighting – not only for their lives, but for access to these life saving treatments…I knew I had to DO SOMETHING!  I jumped at the opportunity to reach out to Sen. Kerry and share our story and the story of the others out there in dire situations.  Within 3 days, Michelle, Eleanor and I were eagerly awaiting the arrival of Sen. Kerry’s Chief of Staff at my home.  He listened to each of us share the story of our family’s struggles – he met the kids, he had cake and coffee…and, when he left, he assured us that this was certainly something Sen. Kerry would take notice of.  Sure enough, Sen. Kerry showed up at our next blood drive and announced that he would be an original sponsor of the legislation we had asked for his support on!!!  It was AMAZING to know that our actions set a bigger ball in motion. 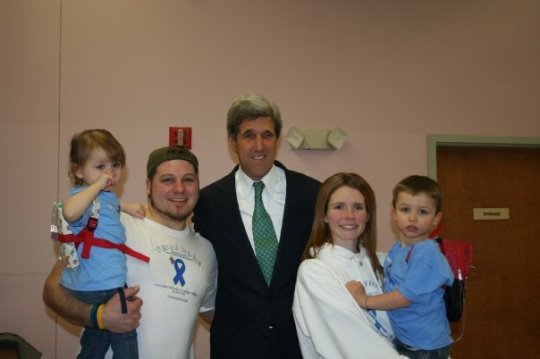 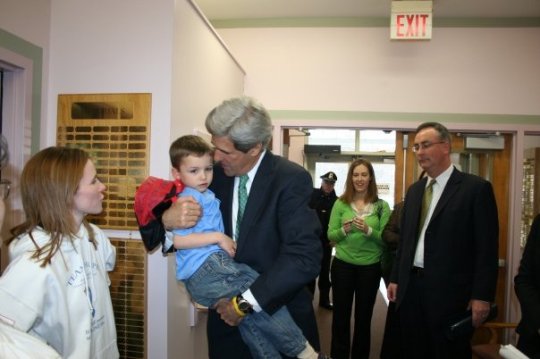 I had some PIDD patients on one of the online forums I belonged to ask why we were getting involved in something that didn’t directly affect us (our children were not on Medicare), and my response was that this journey was no longer about Will & Sasha – it was about every person out there fighting for the same thing we ALL deserve – proper care, treatment…and maybe even one day…a cure.  This was about something bigger than what existed within the walls of our home.  God gave me a voice and I planned on using it.  After all, everyone deserves these things…not just Will & Sasha.  My feeling was this:  You will get nothing if don’t DO SOMETHING!

The IDF asked if our group would be willing to join them in Washington, D.C. for their Capitol Hill Day.  Without hesitation, we all said, “YES” – it was time to DO SOMETHING!

Dozens of us from all over the United States converged on Capitol Hill and shared our stories with our legislators.  While we met some resistance, it started to pave the way for the many years to come. 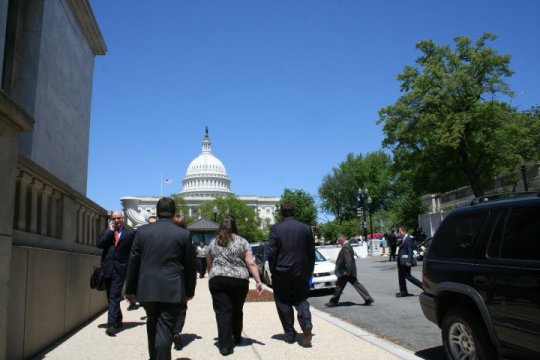 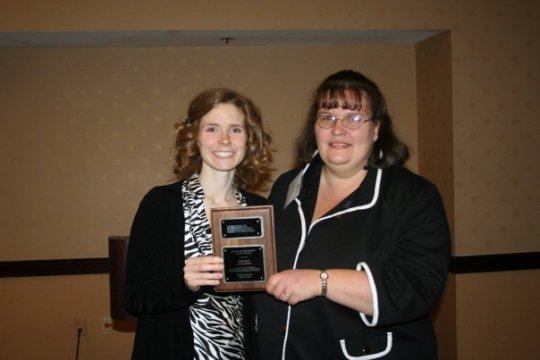 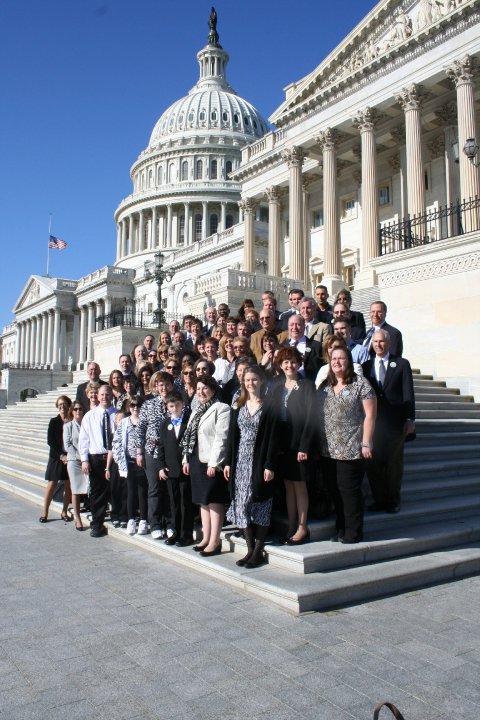 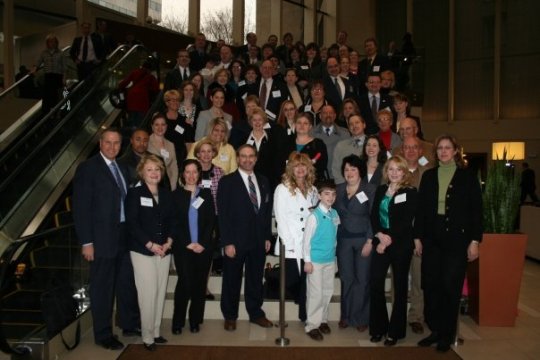 Every year since, I have joined my fellow PIDD families on Capitol Hill to DO SOMETHING….and it has felt incredible!  Each person that was there was there because they felt driven to DO SOMETHING.  Last year, we were finally able to work it so that Ralph could join me also.  He said the experience was indescribable…and I agree! 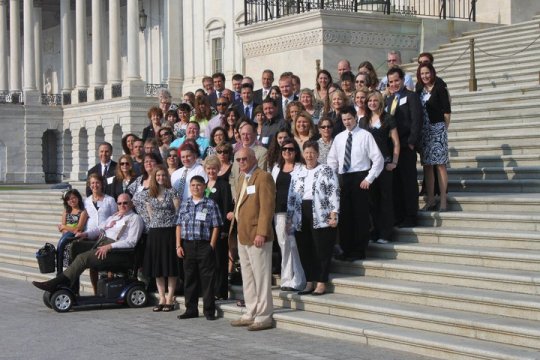 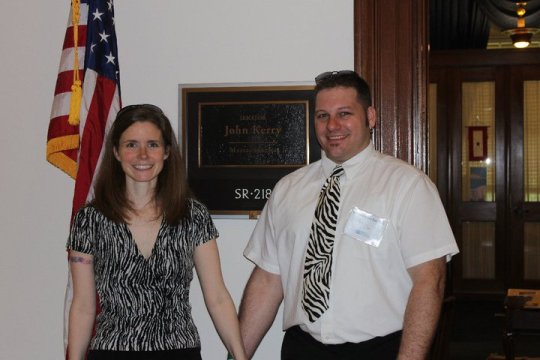 This year marks the 5 year that I have participated in Capitol Hill Day.  Tonight, we will once again gather in the conference center and discuss progress, obstacles, and our goal for this year. Thursday, we will take on Capitol Hill!  I am again so blessed to have Ralph by my side again this year and am so grateful to my mom & dad, Sherri, Chelsea and Keith for making that possible.

I can’t even tell you what an honor it it to be out there representing my fellow Zebras.  I can’t even begin to tell you how good it feels to know that our voices are the voice of change, hope, and comfort to so many.

I will be sharing updates on my blog, the Team Hope page and on my personal page on Facebook today and tomorrow.  I hope you will follow our efforts!  This is an exciting time for us and we want you to be a part of it and be inspired by it!

Instead of allowing our situation to destroy us – we let it heal us.  Instead of letting this disease muzzle us, we let it empower us. Instead of standing down, we are standing up. 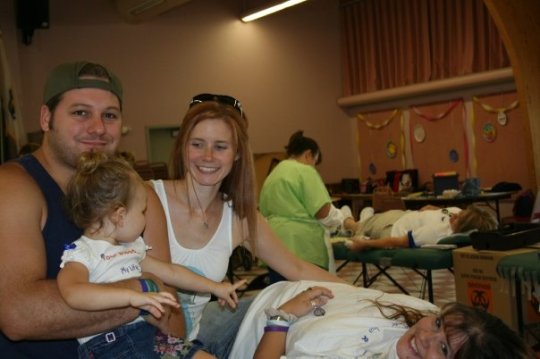 My friends, there is nothing more satisfying and nothing more uplifting than knowing that you are part of something bigger and more important than what exists in your own little microcosm. It’s not as hard as you think it is to make a difference…..you just have to DO SOMETHING! 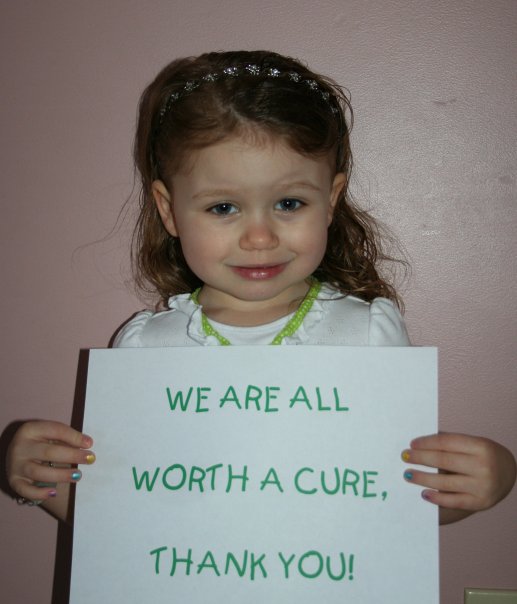 I leave you with this:  It only takes ONE person to change ONE life….BE THE ONE – DO SOMETHING! 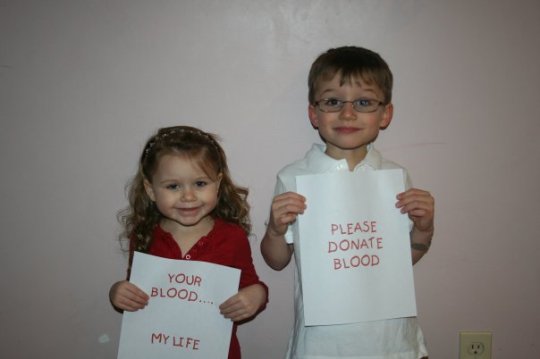 The Elephant in the Room

It Feels Good to Do Good!